Read about the latest sports tech news, innovations, ideas and products that impact players, fans and the sports industry at SportTechie.com.

Those late-night tweets you’re sending may be impacting your game, NBA players.

Professional basketball players who sent tweets between 11 p.m and 7 a.m. the night before a game scored on average 1 point less and their shooting accuracy dropped by 1.7 percentage points compared with their performance in games that did not follow late-night tweeting, according to a study by Stony Brook University that was published in SLEEP, the official journal of the Sleep Research Society.

Players who tweeted late-night also took fewer shots and had fewer rebounds, steals and blocks, according to the study, which was published late last week in-line with the start of the NBA Finals.

“Using late-night tweeting activity as a proxy for being up late, we interpret these data to show that basketball skills are impaired after getting less sleep,” Jason Jones, Assistant Professor of Sociology at Stony Brook University, said in a statement.

Weaker performance can also be explained by fewer minutes played, with athletes playing an average of 2 minutes less during the game compared with when they weren’t up late on social media, according to the study authors. To reduce the potential performance of long-term travel and the effects of changing time zones, the analysis only included games within the same time zone as the player’s home.

“Our findings are relevant beyond just sports science research,” Lauren Hale, Professor of Family, Population and Preventive Medicine at Stony Brook University, said in a statement. They “demonstrate a broader phenomenon: to perform at your personal best, you should get a full night of sleep.”

The researchers analyzed account activity from 112 verified NBA players as well as basketball statistics from Yahoo Sports. The data included more than 30,000 tweets compiled across seven basketball seasons from 2009 to 2016. 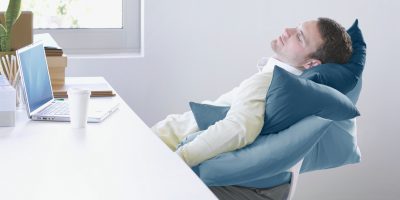 Take Naps at Work. Apologize to No One.